We all know about the greatness that is Game of Thrones. Even if you don’t watch it, there is no way you can avoid it. The show and its characters, are everywhere you go, the covers of magazines, the home screen on your Amazon Firestick, all over your social media feed, and as of recently even in makeup stores. GOT has become the phenomena of the decade in pop culture and beyond. But what does this show that has consumed so many people’s lives teach us? There are many takeaways, but who can ignore the fierce female warriors who have taken over the spotlight.

We have put together our list of the top five women empowerment lessons from key females in Game of Thrones thus far. We know, there are still a few episodes left before we bid this series adieu for good - fingers crossed for a spinoff series. We can only hope those last few episodes give us more boss lady vibes but until then here are our favorite lessons from everyone’s favorite women:

Can we take a moment to talk about how she is only ten but is the leader of House Mormont? She just might be the fiercest ten-year-old we have ever known. When she said “I don’t plan on knitting by the fire while men fight for me”, we were here for it. She refused to hide in a crypt alongside other women and children, instead went to battle. She went on to prove her strength and perseverance at the Battle of Winterfell when she sacrificed herself quite literally to save humanity.  She shows us that we are strong, we are powerful, and we can never be held back when we set our mind to something. Rest in peace your bravery won’t be forgotten.

As if we didn’t already know how fearless and loyal Arya was after forging a new identity and vowing to get revenge on anyone that was involved with her father’s death, she had to go ahead and be the hero of the entire show by murdering the Night King and saving all humanity. Most predicted the real hero would have been a man such as Jon Snow. Leave it Arya, who from the beginning did not want to be labeled as a girly girl and took sword lessons from Syrio Forel who taught her how to be resilient and aware of her surroundings. Slaying the Night King and gender norms all in one series. We praise you, Arya.

Daenerys is probably the most recognizable of all the iconic women in the series. She leads an entire army and owns dragons. How many people can say they own dragons whom they use to save their people? Daenerys is a fighter, a warrior, a hero who generally stands up for the less fortunate. A critic for The Atlantic once wrote, “Unlike the rest of Game of Thrones’ highborn women, Daenerys seeks the Iron Throne not for a son or husband, but for herself. And most significantly Daenerys is powerful in a way directly and singularly tied to her womanhood. Many thought she couldn’t do the job of a man but she proved them wrong. She is independent and kind even after all that she has been through. 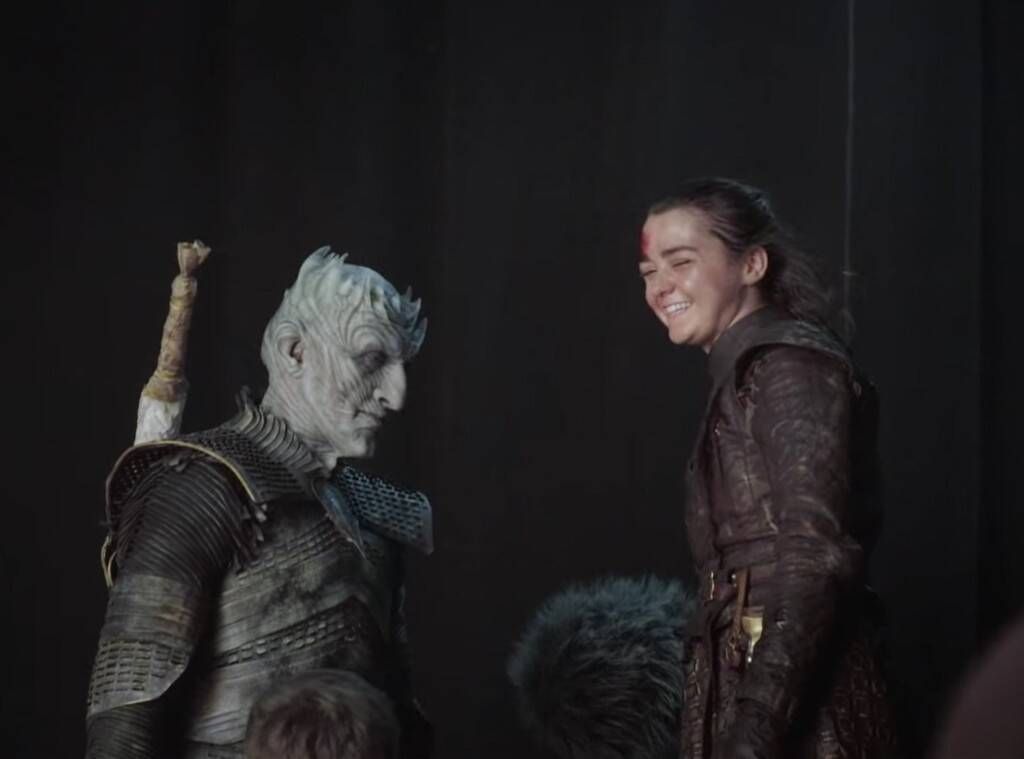 Brienne of Tarth is the definition of a true fighter. She shows us the confidence we should all strive to have. She believes she is equal to men, if not better. She is also shattering norms by being knighted which is unheard of in their world. Although she has been made fun of, she never lets it bother her and continues to show us how powerful she really is.

Our final highlight comes from Sansa Stark, one of the most powerful women in the North. Although Sansa started off in the season as one of the weaker female characters, it’s hard to look badass when Arya is your sister. Her character has changed quite a bit since the earlier episodes. Sansa used to be naive and weak when it came to standing up for herself. Her naive nature made her end up trusting the wrong people which led to her turning point - surviving Ramsey. Once she reunited with Theon, she ended up being the brave one finally realizing she’ll do anything to get her home back, even if trying means the possibility of death.

Sansa soon becomes one of the more clever characters and finally stands up for what she believes in. We see the evolution of her character from someone who is weak to someone who is brave and a force to be reckoned with. Which can be very relatable. It is when we see our true potential that we are able to be the best version of ourselves just like Sansa. A woman who has learned from all her weak points and become the face for the Starks when the North needed someone to look up to. She was soon more trusted than Jon and even challenges authority to remind them she isn’t afraid. She shows resilience, strength, growth, and that is inspiring.

With a show that is eight seasons deep, it’s hard to remember all the lessons. There are many moments that we couldn’t get to but we would love to hear your thoughts. Find us on social media and let us know what moments from the series have stood out to you and if you think we missed any characters who deserved to be on this list!

To install this Web App in your iPhone/iPad press

and then Add to Home Screen.